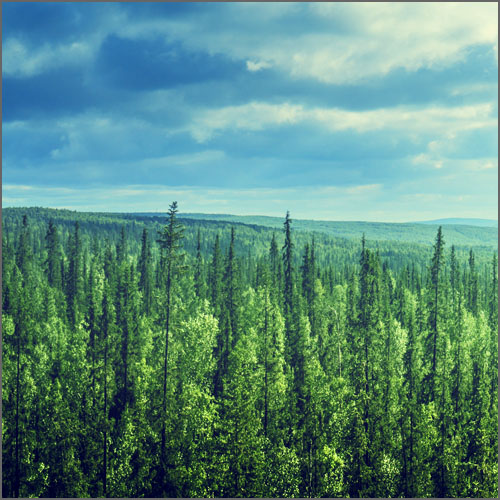 The Canadian Parks and Wilderness Society (CPAWS) today responded to Minister Dominic LeBlanc’s announcement about Fisheries and Oceans Canada policy and sites regarding Other Effective Area-based Conservation Measures (OECMs). “While we appreciate the efforts that Minister LeBlanc and his department have made to be the first government in the world to develop explicit policy on marine OECMs, we are concerned that neither the policy nor the sites announced today meet the test set out by the Convention on Biological Diversity to protect biodiversity as a whole”, said Sabine Jessen, CPAWS National Ocean Program Director. “As long as other industrial activities are being allowed in these areas, it is difficult to see them as ‘marine refuges’, as DFO has labeled them.”

Signatory countries, including Canada, to the UN Convention on Biological Diversity (CBD), have agreed to meet Aichi Target 11, which commits governments to: By 2020, at least 17 per cent of terrestrial and inland water, and 10 per cent of coastal and marine areas, especially areas of particular importance for biodiversity and ecosystem services, are conserved through effectively and equitably managed, ecologically representative and well connected systems of protected areas and other effective area-based conservation measures, and integrated into the wider landscapes and seascapes. Under the CBD convention, in-situ conservation of biological diversity means that the areas counted towards Aichi Target 11 should be managed to achieve the conservation of ecosystems and natural habitats and the maintenance and recovery of viable populations of species in their natural surroundings. With only 3 years left to meet these ambitious targets, countries around the world are racing against the clock to put new protection measures in place. In Canada, only 1{763dcb28def876e1c302065d9d30c175c0542fc775c911caa33bb43751f04a6c} of our ocean territory is currently protected. “In Canada, the Canadian Council on Ecological Areas (www.ccea.org) has been working for the past 5 years with the protected areas community of practice to develop science-based guidance for the identification and reporting of OECMs on land and in the sea. We are concerned that DFO’s approach is not consistent with emerging guidance from the CCEA and could also undermine efforts to define OECMs on land”, said Alison Woodley, CPAWS National Parks Program Director. “The DFO policy is also not consistent with the emerging international consensus on OECM guidance being developed for the CBD by the International Union for the Conservation of Nature (IUCN)”, noted Jessen. “The draft IUCN guidance and the CCEA guidance are clear that any sites contributing toward the CBD Aichi Target 11, should be effective at conserving biodiversity. That cannot happen if these areas are left vulnerable to industrial-scale fishing, oil and gas exploration and development, and other industrial uses, which should be expressly prohibited.” “In reviewing the sites that are being counted, we are concerned that the ancient and globally unique Strait of Georgia glass sponge reefs in BC, while protected from all bottom contact fishing, remain vulnerable to anchoring and cable laying and fail to consider the ecosystem linkages between the surface waters and seafloor ecosystem,” said Jessen. “In the Gulf of St. Lawrence, based upon the information provided so far, the scallop buffer zones only restrict scallop fishing, and all other activities would be allowed to continue,” noted Roberta Clowater, Executive Director of CPAWS-New Brunswick. “This single restriction is not likely to contribute much to protecting overall biodiversity in these zones from current or future industrial activity.” “In the case of the 3O coral closure, we are concerned that scientific advice that the closure should include areas within the 400m to 800m depth contour, has not been addressed,” noted Tanya Edwards, Co-Executive Director, CPAWS Newfoundland and Labrador Chapter. “In addition, while corals and sponges are being protected through the prohibition of bottom contact fishing, the other ecological values and linkages within the pelagic realm are being completely ignored.” “While these sites each have some interim steps toward protection of specific elements of biodiversity, CPAWS believes that they all need additional measures to provide long-term protection for all elements of biodiversity, before they can count towards meeting the CBD target”, said Jessen. Contacts: Sabine Jessen, 604-657-2813 sabine@cpawsbc.org Roberta Clowater, 506-452-9902 rclowater@localhost Tanya Edwards, 709-726-5800 tedwards@localhost For further information about the CCEA guidance on OECMs see: http://www.ccea.org/aichi-target-11-guidance/ For further information about the IUCN guidance on OECMs see: https://www.iucn.org/theme/protected-areas/wcpa/what-we-do/other-effective-area-based-conservation-measures-oecms